I Am an Unknown Artist 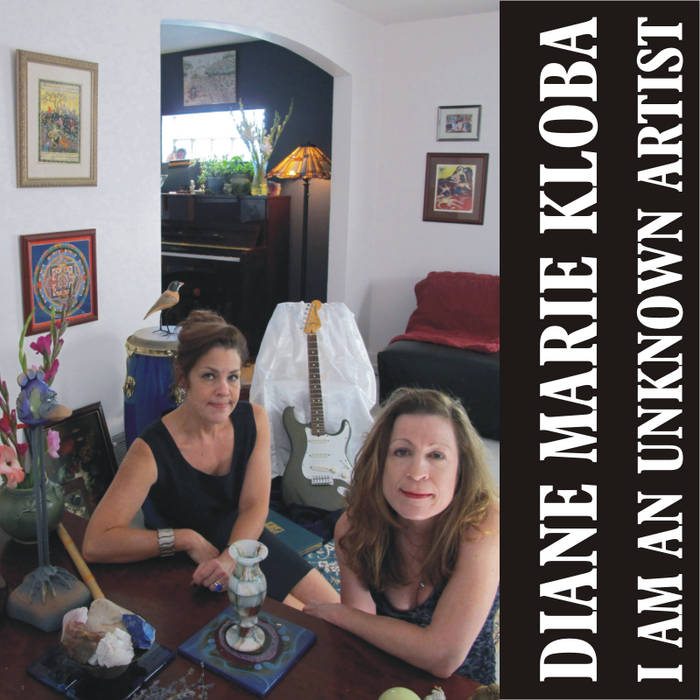 Allister Thompson Kloba is that rare thing, a true, totally compelling one-off...completely distinctive. Her music is raw in tone but poetically sophisticated.

I AM AN UNKNOWN ARTIST is the fourth and latest full-length solo release from Chicago-area avant-pop recording artist Diane Marie Kloba.

Its musical foundation is built of Kloba’s own guitars, vocals and acoustic percussion with occasional contributions from a small group of collaborators. The voices on I Am an Unknown Artist are always emotive, ranging from lullaby-sweet (“To Live Up to It”) through urgent hollering (“Diane Has Words”) to haunted (“It Rained”).

Kloba’s lyrics grow from self-reflection tempered with a dose of humor and of wordplay. The album opens with a love song (“To Live Up To It”) but thoughts soon turn to the nature of creativity, motivation, persistence and the passage of time. The hypnotic “That’s How It Goes” finds the singer stargazing and draws parallels between light pollution obscuring the night sky and human isolation. A wry raggedness shows up on “It Was Me”, a lumbering and clamorous reworking of the “it’s not you—it’s me” cliché. Surf guitar and spy music themes are reduced to their bare essentials on the rocker “No Standing Still”, telling of a soul on the mend pushing forward.

There are some departures from Kloba’s earlier work: There is a more intimate treatment of the vocals and an introduction of some orchestral textures. To help get this done, Kloba enlisted mix engineer Ryan Albrecht, better known in classical circles, and Grammy-winning perfectionist mastering engineer Bob Katz to add final polish.

Despite the newfound textures and polish, I Am an Unknown Artist still emphasizes the economy employed in Kloba’s prior recordings. Nothing is wasted; what is present is essential and empty space is given its due respect.